How To Install Memcached on Ubuntu

28/12/2020
32
đang xem
Tin Tức
With the increase in traffic, it is not unusual that websites start getting slow and show degraded performance. This performance effect is due to the fact that the database used in the backend cannot cope up or scale based on the traffic the website has started receiving. One of the ways to prevent this from happening is to use a good caching system like Memcached.

Memcached is an in-memory key-value store for small chunks of arbitrary data (strings, objects) from results of database calls, API calls, or page rendering. Memcached is simple yet powerful. Its simple design promotes quick deployment, ease of development, and solves many problems facing large data caches. Its API is available for most popular languages.

We can get started with Memcached with just a few set of commands. Once the installation has completed, we will also test to verify it has been installed correctly and is running.

We will run the following apt-get based command to install Memcached on our Ubuntu 16.04 machine:

Here is what we get back with this command: It is easy to start Memcached as a daemon server. By default, Memcached runs on port 11211. We can start using the command:

We can even run multiple instances of Memcached or run it on a different port using the same command:

These two commands produce no output:

Now that our Memcached instance has started on port 11211, we can first verify that it is running:

Now, we’re ready to store and get data from memcached. Use the following format while storing data into Memcached:

To get a key, use this format:

To replace key-value, use trhe replace command as:

Finally, to remove key from Memcached, use the delete command: In this lesson, we looked at how we can install and start using Memcached which is an excellent Object caching system which stores data in the memory itself so that subsequent calls can be made faster to the database. 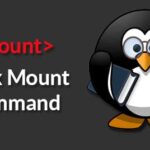 In the Linux ecosystem, mounting is one of the major operations that the system relies on. In fact, the filesystem of Linux...
29/12/2020 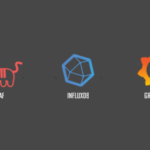 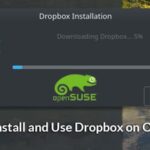 How to Install and Use Dropbox on OpenSUSE

Dropbox is definitely one of the top online storage solutions for storing and sharing photos, documents, spreadsheets,...
29/12/2020
Bài Viết